Idea for an Elegy: Finished up for the Brinks

Behind St. Peters strolls the cinderpath
a hazy day and two nuns pass (I stand by):
One has a face like a freckled egg, Irish, and accented
I would say straight Sandwich or some border town;
the other older sallower Belgian-born from La Salette—
Joyful their four eyes soar and won’t cast down—
‘So many more gulls. So many strange gulls.
So many strange gulls. More since the Seaway …’
when they turn off toward the grotto it is as damp
as if they had dumped the grotto down on the riverbank.

Five o’clock
is calling the lost hours home:
Fly back! calls Middlesex
Right now! calls St. Peter’s
Bell towers take the time from glint of wings
clear up the Thames. My wheels are still silver
on the cinderpath … those gulls are abundant, beady eyes
that have taken in Detroit, insouciance of Montreal;
multitudes of gulls, freckled, fresh-starched,
travel creased or whatever
(So many strange gulls. Up from the Seaway.)
take up a sad calling:
Of Sylvia Plath. O Sylvia Plath. 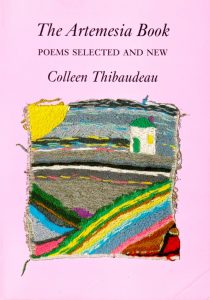